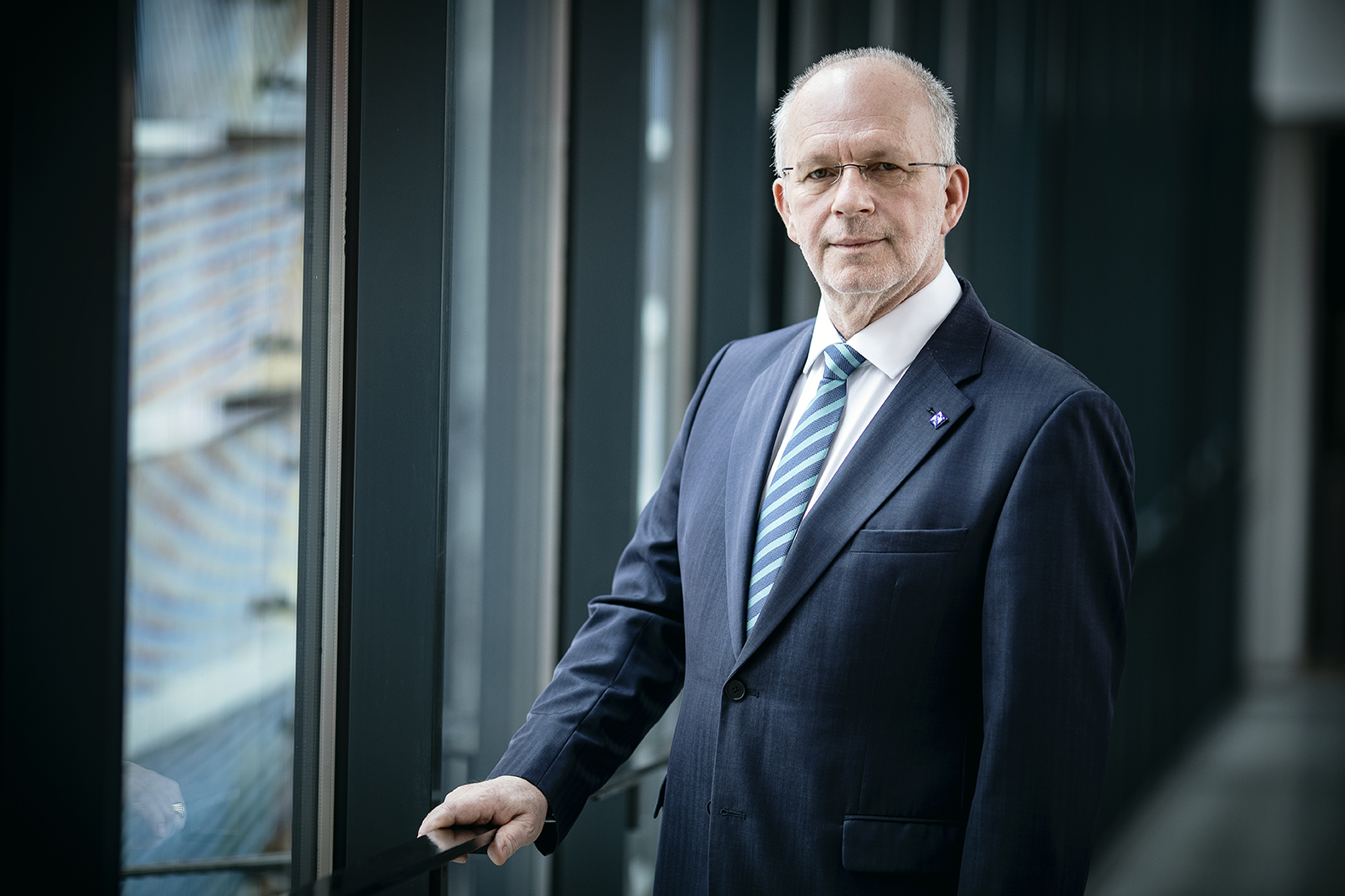 Is the role of air traffic controllers changing with the rise of artificial intelligence?

New and more digital technologies are slowly making their way into the air traffic management (ATM) sector, which has traditionally been a highly conservative and slow-to-move segment of the aviation industry due to its safety primacy culture. Aviation as whole is in the midst of a digital transformation where a shift in the use of analogue-based legacy technologies to the application of artificial intelligence (AI) is taking place. We asked Barnabás Kis –  HungaroControl’s Chief Technology Officer and recent recipient of the Knight’s Cross of the Hungarian Order of Merit – about the past, present and future of Hungarian air navigation services.

You have been working within the ATM industry for nearly 40 years. How did it all begin?

I graduated from college in 1984, about 36 years ago, having joined LRI as a Development Engineer. I still remember in my first year, having programmed a self-built computer that we developed to support the Soviet technology used at the time. This was the dawn of digitalisation in ATM, as this profession was still basically based on analogue systems at the time. Later, we got an IBM computer, which we used to develop an air traffic situational awareness program that the Army used for the next decade. So slowly, computers have taken over this industry as well, although specialized hardware is virtually no longer produced for this activity today.

Why did you choose this profession?

The world of aviation has always interested me, however I was not impressed by the aircraft themselves, but by airports and their operation. When I was younger, my parents and I travelled many times by train, and when we passed rural airports I didn’t ask my father to buy me a plane, but to buy me an entire airport. Later in my career, choice in the early 1980s, the attraction to flying was complemented by the fact that it seemed special, almost mystical, which this profession could only be studied abroad. I graduated from the Kiev University of Civil Aviation Engineering with a degree in systems engineering and automated ATC systems. It then led straight to the Air Traffic and Airport Directorate (LRI) and then to its successor, HungaroControl.

To what extent has digitization changed your work over the last four decades of your career?

From the mid-90s, we were basically engaged in software development; I myself took a position in development engineering. Following this I was then asked to manage the technical aspects of the renewal of Hungarian air traffic control. By 2000, we designed and completed the ANS I control centre, which at the time represented the highest technological standard in the world. Later, we decided to continuously modernize the system: in the last 20 years, we have developed 12 new software versions for the MATIAS software used by Hungarian air traffic controllers (ATCOs), together with the experts from Thales. We have implemented a number of innovations that were invented and first used by domestic air traffic control. It is a very complex software environment, with millions of lines of source code, which French programmers have shaped based on our ideas and suggestions. It was about creating a custom version of an existing product. Based on operational experience, we have built in roughly 200 features and special abilities to date to create the most efficient and user-friendly system for ATCOs. 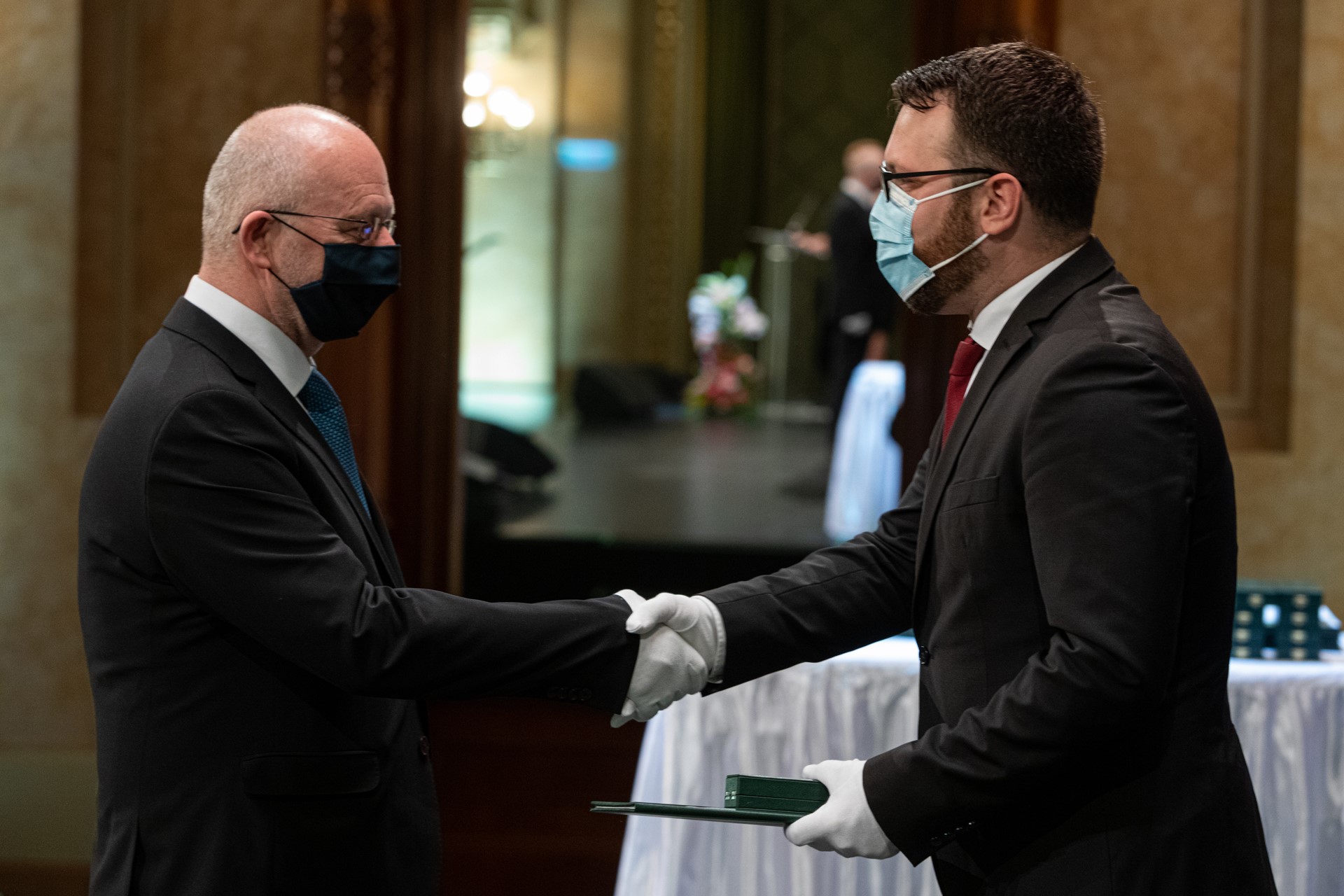 What unique ideas did you have that you later introduced to ATC?

A novelty was displaying every piece of information from Mode-S radars. Previously radars only gave pilots the altitude and position of an aircraft. For the first time in the world, our development has made it possible for ATCOs to see the speed, direction, rate of climb or descent of an aircraft and the signals of the collision avoidance system on board or the radio call-sign on their own monitors. This has significantly increased the efficiency of their work. Also, a unique innovation was the introduction of the Tactical Controller Tool. It is a specific conflict research and forecasting system that indicates – partly on the basis of radar data and partly on the basis of a flight plan – if the trajectories of two aircraft may conflict with each other.

What would you call the greatest achievement of your career so far?

All the improvements are dear to me and each has brought results that I can be proud of. One of the closest to my heart is the development of a system used to manage Kosovo’s upper-airspace. It is unique in Europe that we manage the traffic of an airspace 700 kilometres away from us. There is an extremely complex, multifaceted project behind all this, which was implemented rapidly in about half a year. We built a whole new system for this and the investment required a lot of professional and legal discussions, coordination, through which diversified cooperation with service providers operating in the Balkan region could be established. We had to buy radar data from neighbouring countries and integrate them into a large system.

Development has been spectacular and rapid given the nature of the industry. Considering that ATC is indeed a rather conservative profession in the sense that under strict standards, no risks can be overlooked here that could jeopardize flight safety. Developments must adapt to this principle. A number of innovations, new technological solutions are introduced to this sector only when it is already completely safe, highly available, and withstands the tests required by safety analysis. Incidentally, the main direction of improvements in this area is to increase efficiency. The amount of traffic per controller to be handled safely is constantly increasing in line with world trends. At the same time, it is easy to see that in such conditions the previous method of writing certain information on the machines using paper strips in the operations room and looking at the radar image was no longer applicable; today the latest technology supports the day-to-day work of ATCOs. The basis of development is that with the modernization of technology and the capacity of computers, we can trigger more and more processes that involve computation and that the machine necessarily performs faster and more accurately than humans. This allows a controller to operate multiple machines safely at the same time.

What is air traffic management like today from a technological point of view?

New technologies are slowly seeping into our world for the reason already mentioned. The emergence of artificial intelligence is already visible – for example in Remote Tower technology. In the coming years, it is expected that we will build a system at HungaroControl that not only predicts conflicts between two aircraft, but can also make proposals for resolving conflicts. In addition, there is an increasing focus on cyber security for which we have already set up a separate group within the company to manage. This is because cybersecurity also has an impact on aviation safety and we must not give the slightest chance of downtime. At HungaroControl, we constantly monitor the digital environment around our systems in order to filter out such attacks.

You mentioned artificial intelligence. Is it possible that air traffic control will be performed by an unmanned system in the future?

I think it’s conceivable. Currently we are in the development of an Unmanned Traffic Management (UTM) system for managing the traffic of drones. Forecasts predict that in a few years drone traffic will be an order of magnitude higher than civilian air traffic – this could mean 10 million movements a year. Traffic management for this amount of demand will certainly not be done by humans, but by a system that analyses traffic situations and make suggestions for resolving them using AI. The results obtained here can also be used in the management of air traffic in the classical sense. But as I mentioned earlier, any new solution must stand a very rigorous test of aviation safety, backed up by evidence.

Barnabás Kis graduated from the Kiev Civil Aviation Engineering University in 1984 with a degree in systems engineering, specialising in automated ATC systems. After graduating, he worked for the Air Traffic and Airport Directorate (LRI) as an Operations Engineer and then as a Development Engineer. After the establishment of HungaroControl, he led the planning and development department, and since 2013 he has been supervising the operation and development activities of the entire ATM / CNS area as Chief Technology Officer.